Anyone who has travelled to Australia knows that its government is intensely wary of alien species. Visitors must promise they are not smuggling any in, by accident or on purpose. Passengers raising the slightest suspicion are thoroughly searched.

A South African-born Australian businessman wants an exception to be made for rhinos. They are poached mercilessly in his homeland but he believes their salvation may lie in a closely monitored breeding programme in the Outback. His plan is a drastic last resort, as controversial where the rhinos would be taken from as where they would be taken to. It would be expensive and it would be worth every penny.

Rhinos are being hunted to extinction. From a total population of barely 20,000, more than 1,000 white rhinos were slaughtered in South Africa by poachers last year, an increase of 300 on the previous year. The pace of killing is increasing. More than 80 were shot dead in January this year alone. The western black rhino, the only sub-species once found in West Africa, was declared extinct last year. The outlook for sub-species once common in the jungles of South East Asia is scarcely less bleak: fewer than 100 Sumatran rhinos are still thought to exist in the wild. For Javan rhinos the number is below 50. 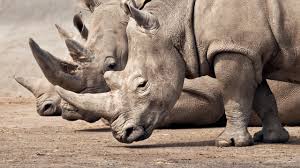 The driving force behind this shameful butchery is Chinese and Vietnamese demand for powdered rhino horn. Baseless myth confers on it miraculous effects, particularly for the sex lives of young men. In reality, as one expert from the conservation group WWF puts it: “You would get the same effect from chewing your own fingernails.”

Ignorance reigns where education is most needed, and demand for rhino horn grows in line with Chinese spending power. In some parts of Africa middlemen are at last being handed meaningful fines, but nothing has deterred the poachers at the sharp end of the supply chain. Most of those targeting South Africa’s rhinos slip over the border from Mozambique, find their prey in the Kruger National Park and are back across the border before their victims are found, often still alive but bleeding to death.

The proposal for which Ray Dearlove, of the Australian Rhino Project, is now seeking approval in South Africa is for 30 black and white rhinos to be flown across the Indian Ocean to a new home in a large fenced reserve 200 miles north-west of Sydney. It might just work. Experts say the climate on the temperate fringe of the Outback is perfect. Security is guaranteed. Airlines have long experience of flying rhinos round the world for zoos, sedated and in special breathable crates. And the separate case of the Spix’s Macaw — extinct in the wild in Brazil but being brought back from the brink in a captive breeding programme in Tenerife — shows that in principle it can be done.

The potential obstacles are numerous. South Africa’s rhinos are a symbol of its national pride. To outsource their rescue could be seen as an admission of defeat, although to their credit the authorities in Pretoria have so far been open to any possible solution. In Australia, the Government must be persuaded that rhinos deserve exemption from rules that have evolved precisely because of the havoc caused by alien species, from cane toads to myxomatosis-resistant rabbits. The question is whether rhinos are a special case. They are. This bold effort to save them deserves a chance, because nothing else is working.