Recycling rates are expected to fall this year for the first time in a decade, according to a leading rubbish collector.

The proliferation of bins that households are forced to use together with “green fatigue” and falls in the use of glass and paper, the two most recyclable types of rubbish, are all contributing to a stalling of the recycling rate, according to analysis by SITA UK, which collects waste from 12 million homes.

Government officials have already warned that current recycling rates are “insufficient” to meet a European Union target that half of household waste be recycled by 2020.

Figures from the Department for Environment, Food and Rural Affairs showed that the recycling rate in England rose by only 0.2 percentage points from 43 per cent in 2011-12 to 43.2 per cent in 2012-13. SITA UK believes the rate will drop by at least 2 per cent this year.

It said its collection information showed the rate was already falling in urban areas, particularly in London. 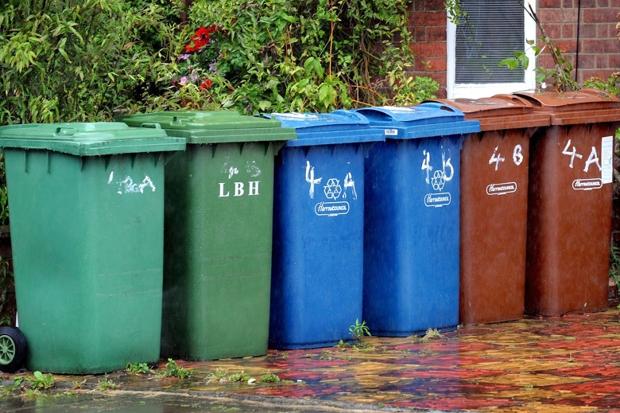 The company said this could be down to “green fatigue” and that councils needed to make recycling easier. It suggested introducing mixed-bin recycling rather than making people separate out their own rubbish. David Palmer-Jones, the company’s chief executive, said: “Rates of overall recycling, especially in high-density urban areas, are undoubtedly higher when councils and their contractors run a mixed collection service.”

The Campaign for Real Recycling has opposed mixed-bin recycling, arguing that such waste cannot be properly sorted and ends up in landfill. It claims waste companies prefer it because it allows them to keep using the same trucks.

Other reasons for the forecast decline include local authority budget cuts, as councils divert stretched resources away from recycling to education and roads.

A Defra spokesman said it was working to ensure that it met the EU’s 50 per cent target.

More than three million families are paying a “garden tax” to have their lawn clippings taken away by the council, according to the Daily Mail. One in three councils in England and Wales charges residents to collect garden waste.

The levy, which can cost up to £120 a year, is not imposed by authorities in Scotland or Northern Ireland, which have retained free collections. The newspaper’s analysis of official data collected by Wrap, the government’s waste quango, revealed that 3.12 million homes had to pay for garden waste to be collected by their councils in 2012-13.