I’ve been there too. More than once. Being stared at by an edgy lioness is like one of those dreams in which you suddenly find yourself naked. And she’s looking at you like that for two very good reasons, one of which is distressing, the other of which is life-changing.

The first is that you are human and a threat: humans have for centuries been at war with lions and have had the upper hand for the past 150 years or so. The second is that your humanity is not the whole picture. The lion also sees you as protein.

To feel like prey: it’s perhaps the most extraordinary sensation that the 21st-century Earth can offer you. Man-eaters are not unnatural: lions have been eating humans since we first started walking upright on the savannahs five million years ago. If you walk in lion-country and come across them, your soul is actually the last thing they’re interested in — and that’s why the experience goes so deep.

This is an encounter in Brian’s new book, a selection of experiences of the great continent. He says that a day never passes without him thinking about Africa: and it’s the same for me. I had an Africa dream last night, as it happens: not one of my regular lion-nightmares (which mostly stem from one rather close call) but still a disturbing one concerning some serious elephants. 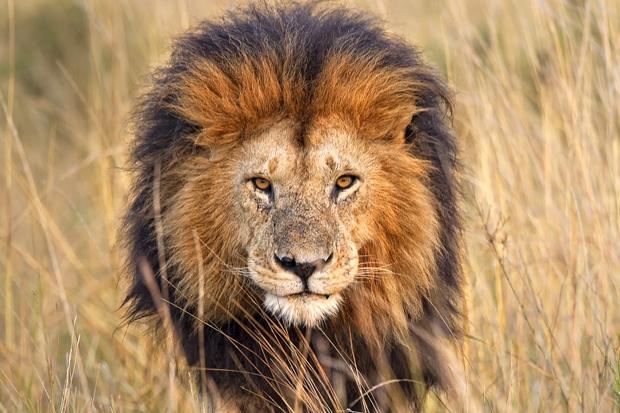 But it’s the cats that get to Brian at the deepest level, the lions deepest of all. I feel much the same myself. I have so far managed to escape getting eaten by lions, but I am nonetheless consumed by them. And it’s always the eyes that gets to you: not the vertical slit of Mog and Prudence Kitten and Tabitha Twitchit but a round pupil like your own. You can see something of yourself in a lion.

Lions are intensely social but not in the organised, coherent way of wild dogs (featured in this space a few weeks back) or wolves or hyenas. Also rather like us, lions seem to be making up their social customs as they go along, at some times piling on top of each other in a glorious furry huddle that every watching human longs to join, at others going off inexplicably on their own or rowing with great unsheathed paws the size of frying-pans.

Brian’s book is a delight for all those who have been bitten by lions or would like to be. It is full of the great spaces of Africa which, as he says, are much bigger when you’re on foot. It’s lions that are vulnerable now, having declined 30 per cent in the past 20 years or three lion generations. They occupy just 22 per cent of their historic range. But walk with lions and for once, and for a while, it’s you that feels vulnerable. And it feels strangely right that this should be so.

This article is provided by Fitness Socialist Blog.